This Interview was orginally made for the german community. Ben Falcone, the creative director on The Forest, answered me some questions in an interview. I think, there are some interesting informations for other communitys too, so i`ve deciced to publish the original interview too. You can read about future plans, the forest community and Endnight Games give us also an foretaste of the new update :). Link to german version.

www.gameyard.de: A long time is gone since the „The Forest alpha“ has been released. How happy are you with the game progress. How satisfied are you now with your game?

Ben Falcone: I’m really happy with the pace we’re moving at now, new additions are being added regularly and some of the longer term goals are starting to come to life.

Ben Falcone: The bow and arrow is one that was heavily requested by the community, we were never sure about adding it in, but now that we have it everyone on the team loves it. There are still many additions and improvements planned for the current bow but it does add a really interesting item to build and gives more use to players for the game’s collectable feathers.

www.gameyard.de: If we are already talking about the community: In the last months was less likely to hear / read from the developer team. You already wrote to me in a recent email that you had some plans for improvements. How will the contact to players look in the future ?

Ben Falcone: We’ve been trying to be more communicative, we’re in crunch mode on the game itself however and so almost all our time and energy is devoted to production, that the other side of community involvement, press and marketing gets pushed to the side!

To try and rectify this we’ve recently hired on one of our mods from the Steam community forums. He’s been involved in the game since pre-release and seemed like a good fit to help us relay feedback from the community to the team and also engage more with them. One of his idea’s was to every week or two take down the top 10 community questions and have the team answer them.

www.gameyard.de: How proud are you of your community? Players create fansites, guides, forums or even mods for the game. Had you ever expected a so great commitment to „The Forest“?

Ben Falcone: We love the mods, and want to support them as much as we can. Steam workshop would be great, and is definitely on our wish list. The current process to get mods working in the game is a bit fiddly and we’d love to make that experience smoother.

www.gameyard.de: It`s amazing what graphics are allowed by the engine. The visible details looks very beautiful. How much potential is still in the increase of the graphics / engine. Are the capacities fully exploited or exists more capabilities for enhancement?

Ben Falcone: Our graphics programmer has been working in the background for the last few months developing a new rendering system for Unity. We’re attempting to switch to a fully deferred rendering system which will allow for more geometry, more advanced image effects and should all theoretically run faster. In addition we’re re-writing our physically based shading, adding micro-faceted brdf surfaces, new subsurface scattering for leaves and massively improving the games water rendering. The tests we’ve been doing look really promising and we’re hoping to start implementing this into the builds very soon.

www.gameyard.de: With the update to version 0.06 you have added a new cannibal. „The hungry cannibal“.He is so hungry that he attacks his own people and eaten them. This step surprised many players. Will you add more rival groups of enemies in the game?

Ben Falcone: We really like the idea of the enemies interacting with each other and with the animals in the world, it’s definitely an area of the a.i. we want to keep exploring and developing.

Ben Falcone: It’s important to us that the system is simple and fun to use. We want to capture that feel of preparing for a battle. You open your inventory, you load some cloth into a bottle as a molotov, connect some teeth to your axe to increase it’s damage, maybe rig together a small bomb. It’s not supposed to be completely realistic, but we want to capture that feel of playing macgyver, coming up with cool interesting combinations.

Our next patch coming in a few days revamps crafting, adding the ability to upgrade any weapon with teeth, feathers or cloth, it’s really interesting and gives the players a lot more ways to deal with the enemies.

www.gameyard.de: Which role will play the second island on the other side of the map ? Why is this part of the map blocked?

Ben Falcone: Originally we wanted to open up the entire world as soon as possible, but over the course of developing we’ve felt it’s better to keep this smaller enclosed space only open for players as we polish and develop all the systems.

There are some surprises in the second half of the map and we’re not quite ready to reveal them yet.

www.gameyard.de: The problem with horror games is, that they loose the Horror aspect over time. How would you like to expand the horror aspect in future?

Ben Falcone: Over time we plan to really expand our cave system, leading players deeper into the abyss. We have some very unexpected elements to come and think players will be both shocked and terrified by what they see.

www.gameyard.de: Endnight Games hired more people over time. How great is your team now? There is a common picture of the development team?

Ben Falcone: We’ve managed to slowly assemble a really great team, it’s actually been the single hardest part of development! I always assumed it would be easy to hire great talent, but the truth is it’s miserable!

It’s been a slow process, but the team is now what we feel is amazing. We have great sound designers, 3 great programmers, an amazing dedicated multiplayer coder, a strong art team, an additional animator who has been working on the game’s animals for the last month or so.

Taking the team from 3 people to the 11 or so it is currently was really challenging but the team as it currently stands, works really well together and development speed is only going to increase over the next few months as everyone becomes more comfortable working on the project.

www.gameyard.de: Where do you see the game in one year? What can we expect?

Ben Falcone: We hope by then it’s the most amazing open world survival game in existance. The game really is a labour of love for the team, we would be working on this as a hobby if it wasn’t successful. The success however has given us the resources to really make our dream game with a really strong team.

www.gameyard.de: Endnight Games, last but not least, you want to give us a foretaste of the next update? What will be new?

Ben Falcone: The most exciting new addition will be the infinite weapon upgrading. Bash a mutants head in and gather his teeth, attach these teeth to your axe to increase the damage. Attach as many as you can collect. You can also combine a bottle with a weapon to attach glass shards, or feathers to increase weapon speed. Players will be able to really customize and improve the weapons they have improving their chances of surviving in the world.

In addition to weapon upgrading, there will be new buildable items, a new animal type and lots of other small additions.

www.gameyard.de: I want to thank you again for answer my questions. And i wish you good luck with the further development of „The Forest“. At last, would you like to say something for every reader of the interview yet?

The Forest funktioniert nicht. Was tun ? 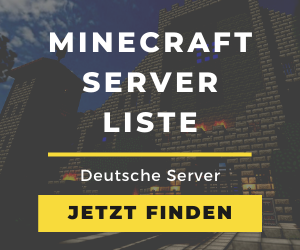